Conspiracy and Ideological Sleight of Hand. 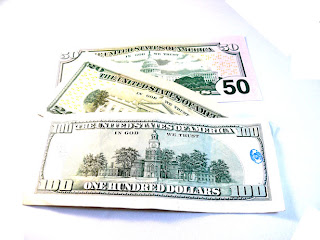 Last night I listened to an audio recording that claimed information had been gained from some high level government sources warning of the downfall of the American dollar. (I think March this year was mentioned as the time of trouble).

The dollar's downfall is supposed to be a major step towards a one world currency. While I was thinking about this I realised that a one world currency is NOT on the way. If we are waiting for one to come we are probably waiting in vain, we are too late.

We ALREADY have a one world currency - but we don't realise it because our different nations still use different notes and coins on a daily basis. But the thing behind those notes and coins is the REAL currency, the electronic data that makes up the world's financial system.

I have suspicions about the "high level sources" that have leaked this information about the dollar's downfall. In the last week I have also heard reports of other "reliable government sources" leaking information about other things - such as ufos, alien technology and treaties with alien beings... I have also heard (again with reference to a government source) that the extreme weather around the world is caused by a "weather weapon".

Rather than these sources leaking reliable, truthful data to prepare the world for great changes ahead, there is perhaps something else going on - our gullibility is being put to the test and our attention is being distracted. The question is - what are the distractions designed to stop us from seeing?

Very interesting post. I had not heard that but it is not suprising. It is a lot to think about. It is hard to believe much that comes from the media though.

Unfortunately it can often be harder to believe things that come from Christian sources.

The news about the dollar came from Christians - they had been given the information from people who they had confirmed were in high profile government positions.

For whatever reason it seems that these government people are spreading rumours. With some of the wild claims (ie.regarding aliens)it seems like they are seeing how far they can push the disinformation envelope.

Some Christians make a big thing about the introduction of a one world currency - as I said in my post this has been in effect for a long time already, even though each nation still has its distinct dollars or Pounds, Euros etc.

Scripture does not mention a "one world currency" - the closest it comes to this is the "mark of the beast" without which people can't buy or sell. That system could be introduced without changing to a recognisably distinct global currency.

The distractions are designed to prevent us from seeing the snare that is tightening around every man, woman and childs neck on the face of the whole earth.

Luke 21:35 For it will come as a snare on all those who dwell on the face of the whole earth.

Keep an eye on Daniel 11 as there are the wars and rumors of wars that Christ spoke of.

Not saying that some of the things that get leaked aren't factual but supposedly even Julian Asange is working for the NWO from what some obscure articles I've read state.

Smoke and mirrors and a shell game is what most of it is.

But regarding "UFO's".... They were designed by Tesla, not built on another planet.