How Can a Loving God Send People to Hell?

The following is excerpted from David Pawson’s message “The Lessons of the Holocaust for Jews & Christians.” 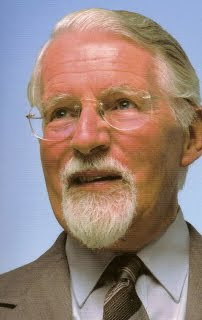 The God I know loves righteousness more than people.
What I mean by that statement is that when God has to choose between preserving righteousness and protecting people, He chooses righteousness. The event in history which alone would prove that is Noah’s flood, when He drowned the entire population of the world except for one family who were righteous in His sight.
And the end of history is going to be like Noah’s flood according to Jesus.

There is law as well as love in God. There are sanctions with God. He rewards obedience and He punishes disobedience. He is a God who blesses AND curses. There is no difference in this regard between the God of the Old Testament and the God of the New.

We of course are under a new covenant with God, not under the mosaic covenant of Sinai, but under the new covenant that Jesus shed His blood to make with us. This covenant also has sanctions.
The differences are firstly that is individual rather than collective. It’s not made with the church is it made with individual believers. It is made with “whosoever believes”. It is an individual covenant and each person will pay for their own sins and nobody else’s.
Secondly, the punishment in the new covenant is not the same. It is not in this world it is in the next world and it is not temporary it is permanent.
The sanctions are worse under the new covenant. Judgement is more serious, especially since Jesus is going to be the judge and He understands us perfectly; can see right through us.
I am speaking about hell. 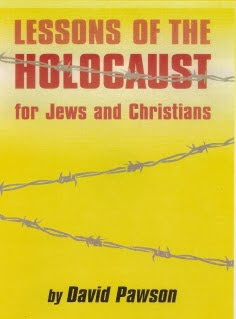 Standing in the cremation chamber at Auschwitz, I thought “this is the nearest to hell I’ve ever been”, but it wasn’t. There is nothing we experience yet that is as bad as that: to be permanently cut off from God and therefore from all goodness, and to spend eternity with selfish, utterly heartless people and with the devil and his angels.
It is horrific.


We need to take God seriously. “Worship Him with reverence and awe, for our God is a consuming fire.” That is a quote from Deuteronomy, but it is also in the New Testament. For God has not changed. He’s the same God. He’s a God who loves righteousness. No one has ever asked me “how can a RIGHTEOUS God send anyone to hell?” because all they have heard about is this “love, love, love” thing.

You mark my word; go through the New Testament carefully. They did not preach the love of God to unbelievers in the New Testament. They preached His RIGHTEOUSNESS and the need for repentance. Paul said “I am not ashamed of the gospel; it is the power of God to salvation of everyone who believes, for in it is revealed the RIGHTEOUSNESS of God”.
That is hope for everyone in the world and for the world itself, that God is righteous. He is good. He is moral. He will do what is right and what is fair. He is righteous, the only person in the whole universe who really is: Father, Son and Holy Spirit.
May His name be praised!
Posted by Onesimus at 11:19 am