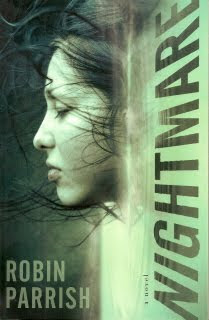 How do ghosts fit into a biblical view of reality?

On one of my other blogs I questioned the possibility of an authentic Christian ghost story. The article was partly of a review of a book I’d recently read (see here: review ).

Within that article I mentioned I’d had some “ghostly” encounters of my own without giving a lot of detail.

The first happened in my Sydney home. One morning I’d been getting ready for work when I saw a shadowy figure on the other side of the room where the dining room merged into a hallway leading to the front door. It was only a momentary glimpse and apart from feeling slightly startled I thought little more of it, until later that day.

In the afternoon, my wife and I were sitting at the dining table when she saw someone/something standing behind me – in exactly the same place as the figure in my experience. Again it was only a momentary glimpse.
She told me what she had seen and it was only then that I told her what I had seen earlier that day.
Despite the strangeness of the experience, there was no fear associated with it, neither then or any other time while we lived there. We were merely curious.

On another occasion we were on holiday and staying at a motel in Tamworth, NSW. We were there for two nights. At 1.00am on the first night I woke up and saw that the bed was surrounded by several human shaped shadowy figures. Even though the room was dark, the standby light on the TV cast enough light to give definition to the figures around me. I lay there watching them for some time until eventually I fell asleep again. In the morning I more or less dismissed the experience as a trick of my half-asleep brain.
Then the next night a sudden sound, a sharp rap woke me. I looked at the clock and saw it was again 1.00am (exactly the same time I’d woken the previous night) and this time I saw a single figure near the bed; it seemed to have a bottle in its hand which it raised up to drink from, tipping its head back in the process.

The next morning I told my wife of both experiences and she was annoyed that I hadn’t woken her to let her see what was happening. Again, like the time at home, I felt no fear from the experiences.

The question that arises from this is what was really going on? What did we see? Were they disembodied spirits caught between the physical world and the afterlife? Were they demons masquerading as something else? Or were they merely tricks of the mind, misperceptions or the result of over active imaginations.

How often do we think we’ve seen something but soon dismiss it as a misunderstanding? We see the hunched figure in the corner of a darkened room – only to turn on the light and find it is a coat, a wayward curtain, or a piece of furniture. Also interrupted sleep can bring us into a semi-woken state in which we think we are more alert than we actually are and we find our real surroundings becoming part of dream-like experiences.

But despite these mundane solutions, some reported experiences can’t be so easily explained away. Are they all hoaxes or did something out of the ordinary really happen?

No matter what the experiences may infer, no matter what theories seem to fit the situation. The only conclusions a Christian can draw are those compatible with God’s revelation in scripture. (to be continued later...)
Posted by Onesimus at 11:39 am

I have often heard it said the the spirit realm is much more real than our physical realm that will at some time pass away. Who knows for sure what is happening, but I do believe at times we get a glimpse into the spirit realm or that spirits (angelic or demonic) visit ours. My husband and I have had angelic, demonic, and probably imaginative experiences. Like you said we must inspect every such event according to scripture to get a sound perspective on what is taking place... I look forward to reading more.

The rectory that John Wesley grew up in had a ghost. They called him "Old Jeffry". I want to do a blog post on it sometime. Maybe next Halloween. Anyway, Wesley thought ghosts were real, useless, and possibly Satanic.

I am convinced that "ghosts" or supposed spirits of formerly living people that supposedly wander the earth, are in fact, a specific type of demon..."familiar spirits".

And I myself have seen one in the past.

Kevin,
I forgot about the ghost in Wesley's house. I'll have to look up the details again, it might be useful for part 2.

Unprofitable servant,
That could very well be the case.
Like so many areas of the "unexplained" there are a variety of reasons for what people experience - the demonic is one part; hoax and misperception is another (possibly the greater) part - which can be exploited by the demonic.

Sontrans here... when my daughter was about two and a half she was in the front bedroom alone, and my wife and I were in the dining room. Suddenly we heard our daughter making a terrifying scream. She was shakingly scared, and screamed accordingly. We ran to the room and saw nothing but our little girl cringed in a corner. I asked her what happened and she said she saw Satan, and that he was trying to kill her. This was during the mid day, not a dream. My wife and I immediately prayed and cast him out in the name of Jesus; and never had another problem. I believe manifestations of spirits are from the kingdom of darkness, Satan's realm; even if there is no fear, or even if they come 'as an angel of light'. Remember in scripture when the rich man died and tried to get Lazarus sent to his brothers? To warn them. The angle said they cannot pass to from heaven to earth again. They cannot pass from the spiritual into the physical world...ah but, demons can.

Hi sontrans,
I believe there are genuine "ghostly" manifestations and that they are demonic in origin.

However, I think many "ghosts" are products of confused perception, self delusion and outright hoaxing (lying).

Demons don't need to actively manifest if their work can be done in other ways.