“PARROT” is not a God ordained Ministry Function. 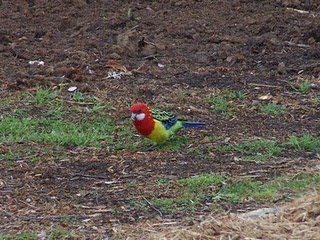 One of the most common (and most ridiculous) accusations levelled against non-Calvinists is that they believe they contribute to their own salvation.

Firstly I have NEVER heard any Christian (non-Calvinist or otherwise) suggesting that any action of their own has in any way made their salvation possible.
Secondly the ONLY people I have come across who make such accusations are those who are parroting what others have said – resorting to clichéd responses learned from other Calvinists rather than through referring to the truth of the situation.

It is an accusation I am fed up of refuting because it is so ridiculous it shouldn’t really need a response. I address the issue here merely as a forewarning that any further use of this accusation in any comment will not be allowed passed the moderation stage.

I can no more contribute to may own salvation through an act of my own will than I can become a millionaire by choosing to be one.
However, if a multi-billionaire made a million dollars available to whoever would receive it, then would receiving of the freely offered gift make the receiver a contributor to their newly affluent state? Of course not! They would only be receiving what another had freely given at HIS cost and not at the receiver’s cost.

Neither does receiving God’s free gift of salvation make anyone a contributor to their own salvation. Accepting the gift doesn’t mean someone has any better attributes than the one who rejects the gift. They are merely responding to the grace that God has extended to all of mankind through the giving of His Son.
Why should it be seen that accepting God’s gift requires someone to be better, smarter, and wiser than someone who rejects it? Why not see the rejecter as someone who prefers his/her own independence? As someone who chooses to remain in their rebellious state? Why suggest that having faith in God is more of a “work” than actively resisting Him?

Of course the claim that someone willing to receive salvation must, in some way, be “better” than those rejecting it (and would therefore be contributing to their own salvation) is yet another clichéd response passed on by Calvinist teacher to unwitting student.

Wake up to the truth. Wake up to the Gospel and abandon man’s corrupt theology. Stop basing beliefs on the parrot-like repetition of theological clichés and seek revelation from God through His word by His Spirit.
Posted by Onesimus at 9:18 am